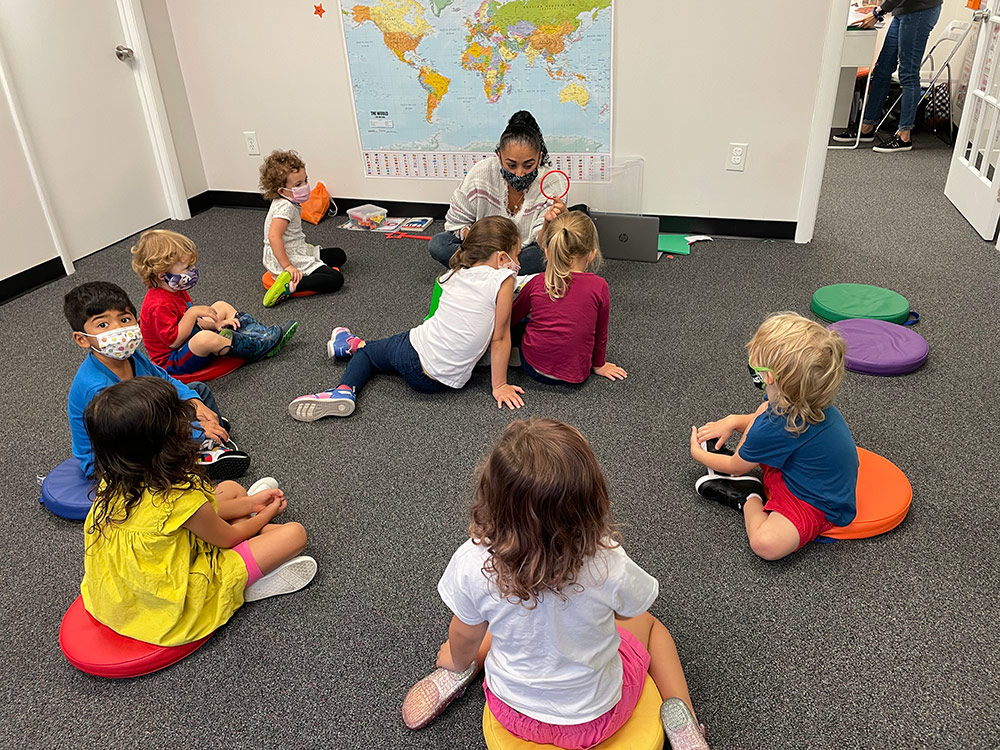 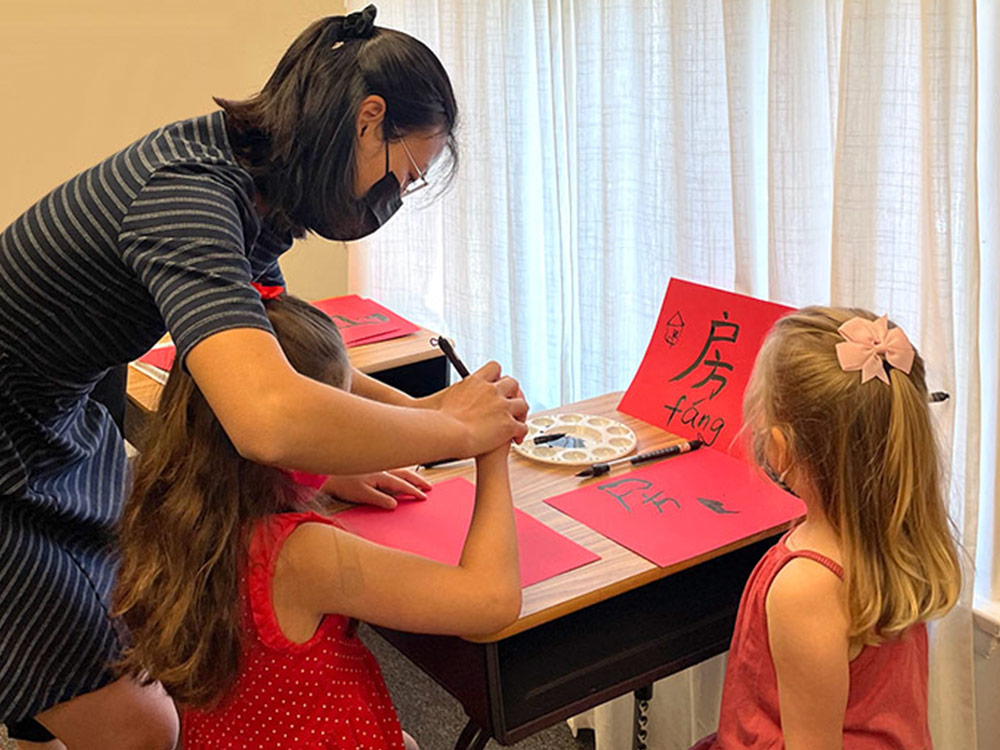 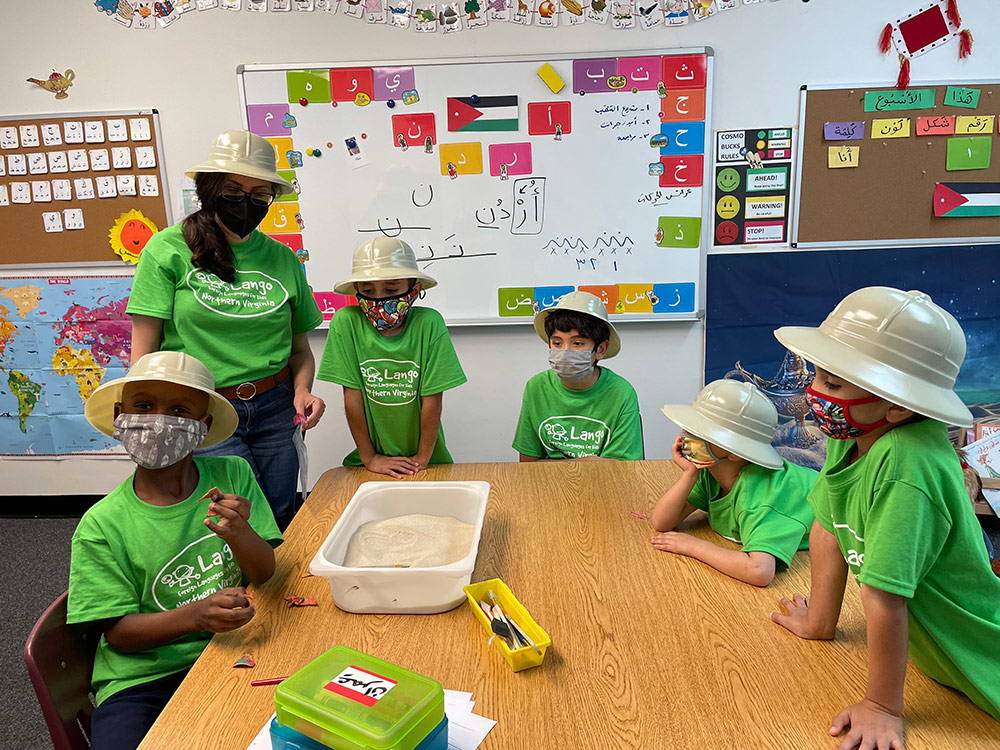 We offer immersive language classes in Spanish, Mandarin, and Arabic. Join us and experience a fulfilling learning experience this summer with our imaginary trips around the world. 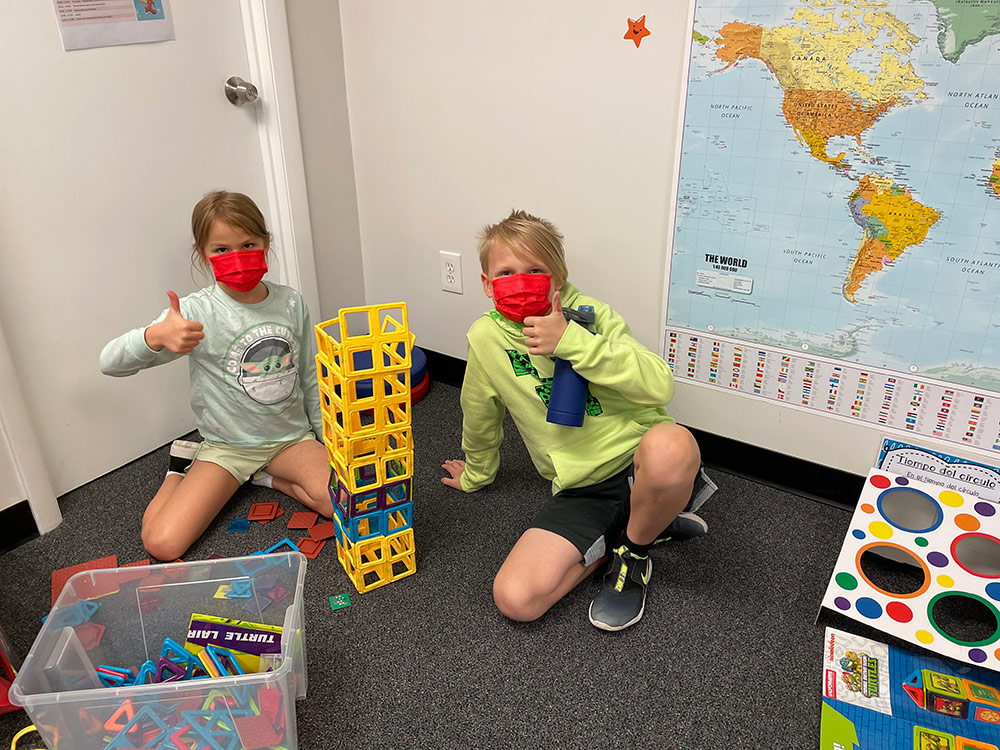 We’re delighted to announce our After School Programs 2021/2022! A learning adventure that aims to fulfill the needs of your family.

Lango was established on the belief that every American child should learn a second language.Frustrated by the lack of options to teach our own kids another language (and having met many other families with the same concern), we set out to create a program that would teach kids new languages in a way that they would love. Since 2006, Lango has taught thousands of children ages 1 to 11 new languages in either gradual or full immersion classes and camps through culturally based music, art, games, stories and movement.

At the core of our classes are “challenges” that students complete in order to experience new vocabulary and grammar through movement, playacting, art and basic conversation. Initially, these challenges are quite simple, but as students are able to grasp more complex exercises, they begin to gain confidence and become proud of their growing knowledge.

Witnessing your child learn another language is exciting!

My 7yo LOVES Lango! The owner & staff are absolutely amazing. They provide transport from school & are open for school holidays & teacher workdays. I can’t say enough good things about this place & am excited to send my 4yo this year for summer camp!

We are so happy we found Lango Kids! This wonderful school has been such a blessing for us. They offer Spanish, Mandarin, and Arabic after school programs — the classes are small and we have been so impressed with the instruction. Both the owner and the Arabic teacher make sure that the language classes are educational and fun with hands on games. We love the small class sizes and family atmosphere!

My son loves the after school Spanish immersion program! He’s already learned so much since the beginning of the school year. He never wants to leave and begs to go when they have camp on days FCPS is closed. We are so happy to have found this place. The owner and teachers are so wonderful and you can tell they really care about their students!

Wonderful school! kids learn languages in an encouraging and fun environment. The Arabic program is the best I have found in the metropolitan area. I am amazed how the kids were able to read Arabic beginner stories by the mid of the second quarter. I highly recommend it.

Really wonderful language school! My 4 year old son absolutely loved the Spanish summer camp, so we have enrolled him in the preschool class this Fall. Teachers are great and the curriculum is structured and fun for kids. Beautiful clean facility is brand new. His cousins really enjoyed the Mandarin classes too!